Don't Get Caught In A Pyramid Scheme 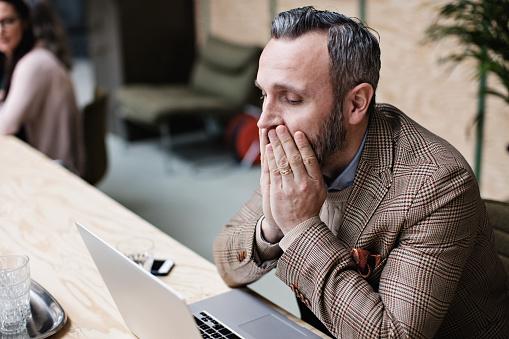 Don't Get Caught In A Pyramid Scheme

Pyramid schemes are just one of the many ways scammers capitalize on human greed. These business-centered schemes have been around for years, but scammers are still growing rich off victims. Recently, the state of Washington sued LuLaRoe, a massive pyramid operation that had collected millions of dollars from small business owners who believed it to be a legitimate organization.

Pyramid schemes are especially dangerous because they can be difficult to spot. They make every effort to appear legitimate, and are often confused with authentic multi-level marketing (MLM) companies.

Let’s take a look at what constitutes a pyramid scheme and how to avoid falling into their trap.

What is a Pyramid Scheme?

A pyramid scheme is a system in which participating members earn money by recruiting an ever-expanding number of “investors.” The initial promoters of the business stand on top of the pyramid. They will recruit additional investors, who will each also recruit even more investors. At each level, the number of investors multiplies. Investors earn a profit for each new recruit, and pass on some of the profit to their recruiters. The further up on a pyramid an investor is, the more money they will earn.

Sometimes, pyramid schemes involve the sale of a product, but that is usually just an attempt to appear authentic. The product will typically be faulty, and will obviously not be the focus of the business. The main object of all pyramid schemes is to recruit new investors in a never-ending quest for expansion.

It may be difficult to spot the crime here—and pyramid schemes are actually legal in some states. However, there are definitely underhanded tactics you’ll want to be aware of with every pyramid scheme.

First, new investors need to pay a fee for the right to sell a product or service, and to recruit others for monetary reward. This fee can be quite steep. Essentially, the recruiter is paying the salary of their superiors.

Also, as mentioned, if a product is sold, it is likely faulty or damaged and will not sell well. Recruiters might be required to purchase the product themselves. To make it even worse, the company will refuse to take back products that are deemed unsalable.

What is Multi-Level Marketing?

MLM companies are often confused with pyramid schemes, but there are some distinctions that set them apart.

First, MLM companies work by selling products directly to consumers without a retail store or website. Distributors or salespeople will market the products on their own and will also train and recruit additional distributors. Each distributor earns a commission on each sale, as well as commission on the sales of the distributors they’ve recruited.

You might have unknowingly encountered an MLM business or even purchased their products. Some MLM companies include Mary Kay Cosmetics, Amway, and Scentsy. These are all completely legitimate businesses, with no devious intent.

The primary difference between MLM companies and pyramid schemes is the reliable line of products or services that stand behind each MLM company. The bulk of the company’s profits come from sales, not from recruiting new investors.

Also, authentic MLM businesses will never leave their distributors with unsold products. They will gladly buy back unsold merchandise, though often at a discounted price.

How Can I Spot a Pyramid Scheme?

Watch out for these red flags which immediately mark a business as a pyramid scheme:

If you think you’ve been targeted by a pyramid scheme, check your state laws and report the scheme to the authorities if a law has been broken. Also, warn your friends about the circulating scheme so they know to avoid falling into its trap.