What Were The Actual 2018 Tax Changes 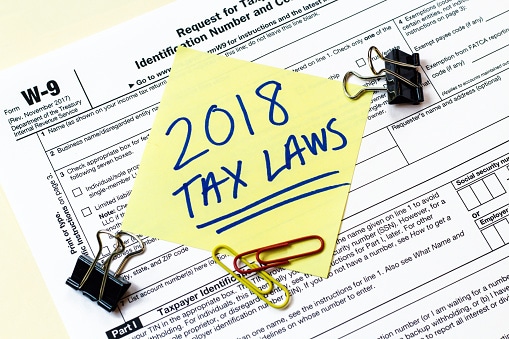 Don't be caught off-guard when filing your 2018 taxes, check out the IRS Withholding Calculator!

Q: There was so much talk about the proposed changes to the tax code. Now that the changes have finally been signed into law, I’m wondering which planned modifications actually became a reality. What were the exact changes made to the U.S. tax code this year?

A: Many of the changes signed into law with the official Tax Cuts and Jobs Acts were quite different from those planned. Remember, though, that none of these changes will take effect until April 2018 at the earliest.

Let’s take a look at exactly how the tax code will be different for 2018.

1.) Changes for the seven income brackets

The current administration initially planned on condensing the income bracket system into just three brackets. However, when the law was finally passed, the seven-bracket system remained in place, though income levels for each bracket were tweaked.

While the administration was not successful in repealing the Affordable Healthcare Act, there will be no penalties for those who choose not to have adequate health coverage starting in the year 2019. For your 2017 and 2018 taxes, though, you will still need to provide proof of health coverage or be held liable for the penalty.

The personal exemption has been eliminated, while standard deductions have increased.

Deductions and credits for children under age 16 have doubled from $1,000 to $2,000. There is also a new tax credit for non-child dependents.

Original versions of the tax bill included plans for reducing or eliminating several education tax breaks, but none of these changes actually made it into the Tax Cuts and Jobs Acts.

However, the new tax bill has expanded the available use of funds in a 529 college savings plan to include other levels of education. You can now use money in those funds to pay for private school tuition or tutoring services for children in grades K-12.

There have been slight changes in the mortgage interest, charitable contributions, medical expense and State and Local Taxes (SALT) deductions.

The mortgage interest deduction was previously in place for any mortgage debt totaling up to $1 million. Under the new tax code, all mortgages taken after Dec. 15, 2017 and totaling up to $750,000, are qualified for this deduction. Also, the interest on a home equity loan can no longer be deducted.

The charitable contribution deduction has seen two minor changes. Taxpayers can now deduct as much as 60% of their income for charitable donations, up from the previous 50% limit. Also, donations made to universities in exchange for the privilege of purchasing tickets to athletic events can no longer be deducted as charitable expenses.

The cap for the medical expenses deduction has been cut from 10% of adjusted gross income (AGI) to 7.5% of AGI. Unlike nearly all other provisions in the bill, this change is retroactive to the 2017 tax year. Also, it will only apply through 2018.

The SALT deduction, which includes property and income tax, was originally slated for elimination, but was preserved with some changes. The total SALT deduction now cannot exceed $10,000.

The modified tax code lowers the corporate tax rate to a flat 21% on all profits. This simplifies taxes for most businesses while providing them with a significant cut as well.

Not every deduction survived the new tax law. Here are some that won’t be in effect for 2018 taxes:

In an effort to bring some of the country’s largest companies’ profits back to American shores, the new tax law features a one-time repatriation rate of 15.5% on all cash and similar foreign-held assets, and 8% on non-liquid assets held overseas.

11.) Changes to the AMT exemption amount

The alternative minimum tax (AMT) exemption was permanently adjusted to account for inflation. These changes will be most dramatic in 2018 and are as follows: